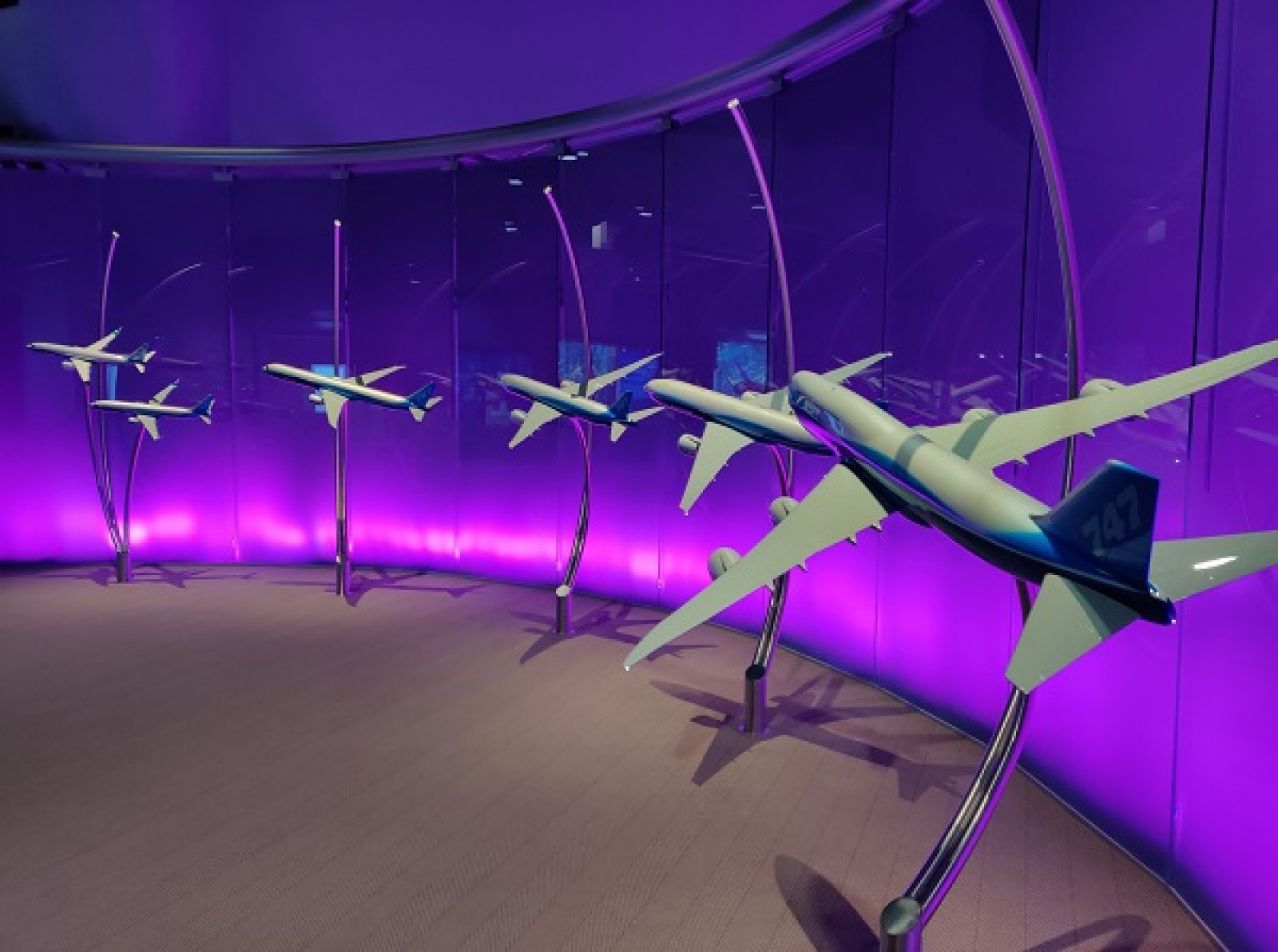 Winners of the new AMRC Apprentice of the Year, Siddall achievement award, Mary Stickland and Craig Horton from Technicut, were rewarded with a trip to Oregon and Washington, which included tours in Boeing’s state-of-the-art factories in Portland and Seattle.

The trip was donated to the awards by Graham Siddall, former Sheffield apprentice and now retired Silicon Valley CEO.

Joined by AMRC Training Centre Skills Manager, Gareth Wilkinson, Mary and Craig visited key Boeing manufacturing and research sites, including the Renton Factory in Seattle, where 737 and 757 aircraft are built, Composite Wing Centre and Boeing’s Advanced Research Building at the University of Washington. The award winners concluded their USA experience with a tour of Boeing Portland by Global Program Manager Bill Gerry and a VIP tour of the Museum of Flight in Seattle.

Day 1: We started off the day by going to the Boeing Renton Facility. Here we watched the process of the 'Boeing 737' being built.  After that we went to the customer experience centre where we looked around the demo 737 interior concepts. Showing different lighting combinations, layouts and different class options. Once the tours had finished, we spent some time with Graham Siddall, having a meal and a look around his condo...on the 41st floor! Here we saw pictures of Graham's experiences, traveling the world and places he has settled. I thoroughly enjoyed today. I have learned lots of new facts and can't wait for tomorrow.

Fact of the day - Did you know from start to finish they only take 10 days to build?

Day 2:  Today we took a tour around the Everett factory. Here we saw the 747 plane, 787 plane and the 777 plane - with the composite wings. I was overwhelmed at the size of the building! However, having a tour in a golf buggy made it a lot easier. I also learned that Boeing has its own fire department. To put the size of the factory in scale, the next biggest place to have this is Disney. After the tour we went for lunch before heading off to the space needle! This gave us a great view of Seattle centre. Next on the list was the glass museum, if anyone is thinking of taking a trip to Seattle, I highly suggest visiting this museum. It was another fantastic day and I can't wait for our adventures tomorrow.

Day 3: Today we took a tour around the University of Washington, unlike Sheffield university its campus is all on one area. We could definitely sense a Hogwarts style inspiration for some of the buildings.

We also toured the University EcoCAR competitions last completed model. This is a competition throughout the country, where the university is given a conventional production car and they transform it into the most energy efficient vehicle possible.

Fact of the day - the University of Washington, Seattle has around 40,000 students.

Day 4: We drove to Oregon in the morning passing many cars, we in the UK believe to be, a rare sight. We arrived at Boeing Oregon and took a tour around their machine shop (Boeing's largest machine shop). After the tour we went to a meal at the OMIC centre. This is based on the AMRC building as they are trying to recreate the successful apprenticeship program we have. We were highly recognised at OMIC which allowed us to meet many successful business people, many of whom have visited the AMRC training centre in Rotherham.

Fact of the day (favourite) - there is a river of coolant underneath the floor being delivered to all the machinery. It holds 220,000 gallons of coolant.

Day 5: We had a day to travel back to Seattle, an opportunity for us to visit America's car museum on the way. We saw the biggest collection of cars and bikes any one of us had ever seen. As you can imagine this was a brilliant experience for three engineers.

Fact of the Day - Seattle is the largest city in the north west of America.

Day 6: Today was the museum of flight tour. This was spectacular, never have I seen so many iconic planes of all eras in one place. We had a VIP tour around the concord, Air force one, the first 747, and the space shuttle. Some of my other favourites to see were the spitfire, blackbird and the flying car.  Afterwards we went to a Seattle underground tour as the whole city is built on top of the old one. This is because Seattle once had a fire that destroyed everything so extreme measures were taken to get the population back in work and in their homes. At one point you would have to walk out of your house and up some stairs to get to the pavement. (A sketch in the images explains this) This tour was fantastic, and I would highly recommend doing both of these if anyone visits Seattle.

Fact of the day - Seattle is America's 6th most rat-infested city.